Is Social Media a Chief Orchestrator in Organic Visibility? 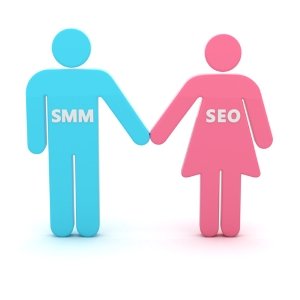 With the news that Twitter has agreed a deal with Google Inc. to make its 140-character updates more searchable online, we thought it an optimum time to look at the relationship between social media interaction and increased organic visibility.

Search marketers have long struggled to say for sure that there is a definite link between social sharing and rank, therefore it was no surprise to see that understanding how they interact was top of the agenda for 71% of SEOs in 2014, according to BrightEdge.

The Twitter-Google agreement is likely to see that percentage increase even more this year, given that, in only a few months’ time, tweets will start to be visible in Google’s search results as soon as they’re posted.

Google, then, continues to recognise the growing clout that social media holds in the online sphere, increasingly using it as the barometer in which to measure the popularity of websites.

That does mean, however, that the days of easily measuring your strategy are long gone, making it more difficult for search marketers to show their client, line manager or the board  which tactics are bearing fruit.

Some are convinced that measurement is not as tricky as others make out, though. In a blog on Orbit Media, the co-founder of the website Andy Crestodina points to a 2013 Moz Search Ranking Factors Study as proof that pages with Google+1, Facebook likes, tweets, and comments tend to rank higher.

He explains that the results showed a connection between social activity and higher rank – but stressed that this is “correlation not causation”.

He does make a convincing argument, however, prompting us to share with you the other ways in which social media may – or may not, for the sake of objectivity – contribute to ranking.

Referrals a vital source of traffic for websites

According to a newly-published report by content marketing hub Shareaholic, social media is now the number one driver of all website referral traffic.

Asking happy customers to share their satisfaction for your product or services, thus providing social proof, appears to be working for brands, then. For those that are still struggling to get the most out of this tactic, Social Media Examiner suggests they may might not be being proactive enough.

Some 84% of consumers say their friends and family are their trusted resources, according to Neilsen’s Trust in Advertising Report. Although not specific to social media, it’s not outrageous to say that how people are influenced doesn’t change online.

Outwardly asking customers to make their contentment known might be a little too forward, but identifying purchasers and politely asking if they are fully satisfied with their product might yield a similarly desirable outcome.

Back in 2013, a poll by BrightEdge found that 31% of marketers agreed that social sharing is the future – and recent developments suggest they were right in their assertions.

Being shared widely on social networks is now what it’s all about – it’s the modern equivalent of leafleting, if you like, just without the stigma of it being a piece of hard-sell advertising.

Those brands who are not going big on social networks are missing a trick, then. It’s now not enough to just merely have a Twitter or Facebook account, with the amount and quality of your followers all playing a part in how search engines count links.

As Search Engine Land points out, Google is as concerned with quality as it is quantity as far as followers are concerned. It doesn’t just view all social accounts as being the same – which makes sense, otherwise brands would just have someone employed to make 100s of different accounts to manufacture artificial buzz.

Luckily, Google is as good at spotting a fake account as you and I, pressing the case for a brand to ensure they have more than just a few “quality” friends in their network. Some social media marketers take to following all manner of random accounts in the hope of a follow in return, but how many of these people are likely to share or retweet your content?

Therefore, it’s much more worthwhile keeping a drive in followers organic by participating on relevant social platforms in a real and authentic way, just as you would with your website, or with customers in an offline setting.

“Hit me with the figures”

For those looking for more evidence of a defined link between social media and rankings, we’d like to draw your attention to a Shrusti.com case study from a couple of years ago. It wanted to see whether it could rank a page for the keyword “Argos Voucher Codes March 2013” using social signals alone.

Prior to the test, the page sat at 400th spot on Google.co.uk. However, after the page received social signals from several different sources (and no backlinks), in the space of a few days, it quickly rose to reside on the first page of search results.

That’s not to mention that the page they were trying to rank had two lines of duplicate content, which makes its ascent up the rankings even more impressive.

Shrusti is not alone in its findings, however – Moz conducted a similar study in which it sought to prove the power of social in leveraging short-term rankings, and it’s fair to say it succeeded. It’s ‘Beginner’s Guide to SEO’ received no traffic in the few days before it took to social media to make it known.

After Smashing Magazine (which boasts a huge amount of followers) tweeted it out, however, not only did the page pop onto the first page of results for the keyword “beginner’s guide”, but their search engine traffic for that keyword rose as well.

Not only does this go some way to proving that social shares can have a dramatic impact on ranking, but reputation looks to play a part, too – although it’s difficult to judge how the results would’ve have looked if it hadn’t been tweeted by the well-respected Slant Magazine.

Despite all this evidence, Google suggests it’s not as concerned with likes and shares as brands often think. There are a few quotes from Matt Cutts, who leads the web spam team at Google, in which he says that content isn’t ranking because it has a whole bunch of likes, but because it’s compelling content, to which the likes are a desirable by-product.

We do use twitter and facebook in rankings, as we always have … but we’re also trying to figure out a little bit more about an author’s reputation…

But critically, Cuttsy points out

So, that’s not particularly definitive!

This suggests, then, that Google doesn’t use social signals in its ranking algorithms – but even Cutts’ comments on the social media-SEO debate seem somewhat conflicting at times, as illustrated in the two videos we’ve embedded. The videos, however, were shot four years apart, so this change in opinion could just reflect Google’s fluctuating faith in social networks from a ranking perspective.

….As far as doing specific work to say “oh, you have this many followers on twitter, or this many likes on facebook” to the best of my knowledge, we don’t currently have any signals like that on our ranking algorithms…

He also discusses the difficulty of extracting data from a crawl of social media and how quickly that sampling would be out of date or incorrect, though advocates using social to build brand awareness.

…We have to deal with the web as it is, and what we are allowed to crawl and easily extract from that and easily access in the future….

Perhaps it’s a case of Google wanting to rely on what it knows for its ranking algorithms, as opposed to a handful of third-party websites?

Going back to the case studies, then. Are we seeing other – unspecified – factors play a part in the results? If that is the case, is the link between social media and SEO really correlation rather than causation?

With all the questions that are arising, it’s clear that there’s still plenty of discussion to be had on the matter. What are your thoughts on it all? Have you been able to prove that ranking is affected by shares and likes alone?