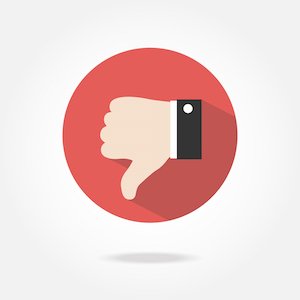 A week ago Baker Small detonated its reputation with a single tweet: “Crikey, had a great “win” last week which sent some parents into a storm! It is always a great win when the other side thinks they won!”

Unfortunately for Baker Small, this tweet went viral as an example of crass insensitivity towards the claimants, who were parents seeking adding local authority support for their children with SEN.

Within days Baker Small’s local authority clients were publicly terminating their retainers. Social media overflowed with vitriol against the small firm, with anger increased by the fact that they received public money to oppose the claims of parents with SEN children.

Legal colleagues might chat among themselves about how they had a great ‘win’ over an opponent, especially against unlikely odds. Lawyers know that presenting a difficult case successfully is rewarding and exciting, even when the subject matter is highly sensitive. Posting publicly about such matters, however, is unprofessional. Clients do not want to see their representatives celebrating as if they had won a football match.

Firms should always have social media objectives and a strategy that sets out who is being targeted with particular messages. For example, tweets are an excellent way to draw an audience to a blog post about a topical subject. It is hard to understand how Baker Small’s tweet could have worked for any of the firm’s legitimate audiences. When communicating on social media, there should always be a purpose.

The tweets that got Baker Small in so much trouble were apparently posted by company founder Mark Small. It may be that Mr Small has undergone extensive media training, but this appears unlikely. Investing resource in someone to oversee the rhythm, tone and content of social media is much better than a senior partner throwing out comments on the hoof.

People tweet unpleasant things all the time, but only a tiny fraction go viral. Concern about saying the wrong thing on social media can have a freezing effect, with accounts becoming overly formal or stiff to avoid any risk of offence. However, Baker Small should have known that the sensitivity of their practice field meant extra care should have been taken when discussing SEN provision.

We all make mistakes. If Baker Small had posted a retraction and apology after the offending tweet, chances are the storm would have blown over and clients would not have deserted. As it was, the firm responded to outraged comments with sarcasm about ‘people who just see a one sided argument’ and a picture of a yawning kitten. A little humility could have saved their reputation.

Do you need help managing your content marketing and social media activities? Why not talk to us about our services?