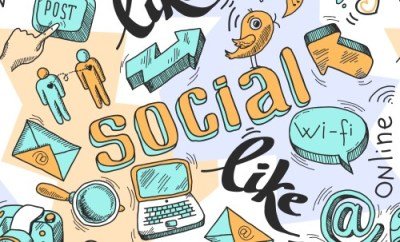 Social media platforms are designed for colloquial, attention-grabbing offerings, but how do you distinguish between a tone that you use for your personal account and one you adopt for your business page?

Is there a danger of straying too far into “chatty” in terms of your content, meaning readers lose sight of the fact that there is a product at the heart of it?

Online bookmaker Paddy Power is renowned for being cheeky, irreverent and laddish, with its humour-based content differentiating it from other firms in a crowded space. As a result, however, it has a tendency to overstep the mark on occasions – as it did recently with its controversial “money back if he walks” Oscar Pistorius ad.

Paddy Power has since apologised for the ad, which drew a record 5,525 complaints to the Advertising Standards Authority (ASA) earlier this year before it was promptly banned after the regulator fast-tracked its usual investigation process.

It´s been suggested that the bookmaker revels in the publicity brought upon it from appearing in the news, regardless of the light in which it is being portrayed. Head of marketing, Richard Harris, says its approach is smarter than that, but admits there is some value in walking the tightrope of what´s deemed good taste.

“Sometimes when things get banned they take their own lease of life in other channels like YouTube or elsewhere,” he told The Drum.

Dan Smith, head of the ad law team at Wragge Lawrence Graham & Co, said that most brands run scared of a slap on the wrist from the ASA, but he suggested that a public telling off might not be considered a bad thing by all.

“There are some brands which don´t care about that at all – which paint themselves as being cheeky and outside the system. Paddy Power is not really touched reputationally by an adverse adjudication from the ASA,” he said.

What do you make of brands that push social media conventions? Should more brands take a chance and flirt with controversy from time to time?