What #DeadlineDay Taught Us About Social Media Marketing 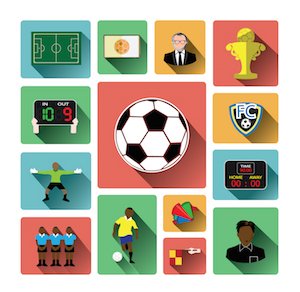 Yesterday marked the last day of the winter transfer window for football teams in England. As well as whipping football fans across the country into a frenzy, it also saw brands and other organisations trying hard to go viral with posts that often fell flat on their face.

Not only did they fail to impress because they were eye-rollingly unimaginative, but they often ended up upsetting football fans in their attempts at football ‘banter’. Football fans can be a ruthless bunch, so if you are intent on joining in, you better make sure your contribution is funny, and composed by someone who knows what they’re talking about.

Case in point: Heathrow Airport. In some ways, it made sense for it to latch on to the Deadline Day hashtag, what with players flying in and out of the airport in order to complete their moves. However, the airport’s posts touched a nerve with some fans, leading to a slew of unrepeatable responses. It was, perhaps, little surprise then that the @HeathrowAirport account kept its posts to a minimum after the the first few dozen unsavoury replies.

What does is it teach us? You’ve got to assess how your posts are going to be received if you choose to push for viral content on the back of a hashtag.

Here are some other examples of poor social media marketing decisions, as provided by Social Media Today:

Without deliberating for too long on Heathrow Airport’s efforts yesterday, the posts that they did make were pretty predictable – or boring, to be blunt. You can get away with stretching the relevancy fairly thin if your content makes up for it by being amusing or insightful. However, if if it’s both irrelevant AND boring, your followers will wonder why you even bothered – as will you, most likely.

We say it time and time again in this blog, but today’s consumers are turned cold by a hard-sell, or forceful approach. They want to feel like they are buying a product because they need it, not just because they’ve been convinced to part with their money – who can blame them? Your tone on social media should reflect this, with the focus of the content on adding value to your customers’ online experience.

Coming across as authentic means more than just ensuring you are responding to mentions; you’ve got to make sure that you’re being genuine in your interest. Of course, a reply is better than nothing, but make a real impact on the individual who has taken the time to mention your business by giving a person-specific response.

You can’t really call football a ‘serious’ topic, but that doesn’t mean that football fans aren’t a sensitive lot. Offend their team and you can expect their wrath. Businesses would be wise to steer clear of the big two: politics and religion. If you simply can’t avoid them, avoid taking a stance, instead acting as an impartial curator of content.

What other poor decisions do you see organisations make in their social media marketing attempts?