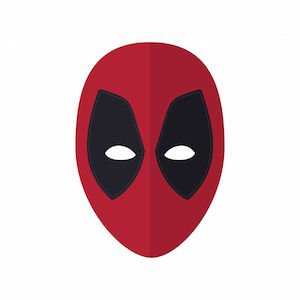 The marketing team behind the movie Deadpool deserve an award. I’m not alone in thinking that either, with comments like the following filling the comments section on the official Facebook page: “For the record, the Deadpool marketing campaign is perhaps the only time ever that marketing has actually gotten me really excited about an upcoming movie.”

That excitement has translated into bums on seats, too: Deadpool just scored the biggest R-rated (a US film rating) opening weekend all time, taking $260m at the global box office. I was one of the many people to part with my cash to see it.

Those figures are even more impressive for the fact the film was made for a reported $58 million. While that might sound a lot, the last movie in the X-men film series, X-Men: Days of Future Past, cost nearly four times as much ($200 million).

As I see it, a good deal of the film’s success can be attributed to its marketing team. While some might argue that it’s easier to market a film boasting a Hollywood star in Ryan Reynolds, not many marketing campaigns get it this right.

So, what can brands learn from Deadpool’s marketing efforts?

1. Humour has the durability factor

Deadpool’s first official trailer, released back in August last year, now boasts more than 25 million views, and I’d suggest that a fair number of those views are from people who have watched it more than once. The beauty of laughter is that it leaves us insatiable – once you’ve laughed once, you go looking for something that will make you laugh again.

The Deadpool marketing team was cute to this and made sure that everything that followed the trailer was just as funny, therefore maintaining the momentum around the film. Here’s one example:

This idiotic/brilliant billboard is why I'm all in on the DEADPOOL movie. I'm an easy lay. pic.twitter.com/jSRorPvaCp

How brands can apply this tactic: If you’ve got a product or service that is well suited to a humour-based campaign, go for it. A) It will show that you don’t take yourselves too seriously, thus breaking down the barrier between you and your audience and B) the marketing material will more likely be shared and might even go viral.

2. Play up to your strengths

The Deadpool marketing team could quite easily have gone down the serious superhero route and played it straight (Deadpool is an antihero, of course, but you get my point). Instead, they imbued the spirit of the character, known as the “Merc with a Mouth” because of his talkative nature and tendency to break the fourth wall, and played to his strengths.

In doing so, it gave the marketing team a platform to work from and ensured they didn’t try to be something that they’re not, which comic fans would have seen straight through.

How brands can apply this tactic: Identify what it is that makes your brand unique and run with it. People today love things that are a little different from the norm, so promote those aspects of your brand’s personality.

The Deadpool team’s tongue-in-cheek tactics were ideal for their audience: fans of the character, comic books and superhero movies. Comic book readers are notoriously prone to outrage at film producers’ tendency to alter characters/plots for the purpose of the big screen. For example, the Iron Man franchise came under fire when the third movie’s “twist” changed Marvel’s villain, the Mandarin, into a bumbling idiot.

However, as far as Deadpool is concerned, you’d be hard pushed to find too many complaints about the movie – as far as I could tell from the cinema foyer – and that includes all the social media posts that preceded it. That’s pretty good going, but it all came down to knowing their audience.

How brands can apply this tactic: If you know your audience inside and out, you will make your life much easier. You will instinctively know what tone to adopt for your content, where to post it and when.

Deadpool’s marketing campaign was as smart as Wade Wilson thinks he is. The team behind it made it look effortless, but it was the product of years of hard work – the movie itself took a decade to make. However, once filming was finally green lit, the marketing team carried out their work with great conviction and wit. They able to do so because they knew that if they played to their strengths and kept their target audience firmly in mind, they were on to a winner – as so it proved.