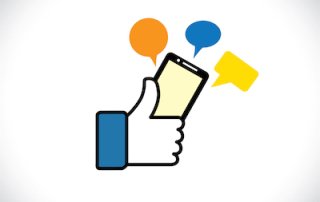 In case the news hasn´t travelled to your corner of the world yet, Facebook has just unveiled Instant Articles, in which it looks to cement its interdependent relationship with publishers.

It might just work, too, with international publishers The New York Times, National Geographic, BuzzFeed, NBC, The Atlantic, The Guardian, BBC News, Spiegel and Bild all on board.

It´s clear that speed is of vital importance to online users in this day and age, and Facebook is concerned that the time it takes some content to load on mobile devices may cause some readers to scarper.

Statistics show how we´re spending more time than ever reading content on our smartphones, with people having seemingly grown used to the small screen, but lagging loading times are said to be stopping users from ditching their desktops completely.

That´ll not be a problem for our users anymore, says Facebook, which as well as making the reader experience quicker, is also attempting to make it more refined.

In a blog on its Media website, Facebook outlined what users can expect: “Instant Articles introduces a suite of interactive features that allow publishers to bring their stories to life in new ways. Zoom in and explore high-resolution photos by tilting your phone. Watch auto-play videos come alive as you scroll through stories. Explore interactive maps, listen to audio captions, and even like and comment on individual parts of an article in-line.”

As I alluded to at the start of this piece, however, it´s not only users Facebook wants to keep on the right side of. The move acts as an arm around the shoulders of publishers, too, who will be given greater control over their “stories, brand experience and monetisation opportunities”.

Mention of “monetisation opportunities” will particularly prick up the ears of publishers, and so it should, based on Facebook´s claims. It says that it will give publishers 100% of the ad revenue if the publisher sells the ads, and will take only a 30% cut if the ads are sold through the Facebook network.

With many brands now identifying themselves as publishers, too, could they soon be able to get in on the act? Certainly not right away, one would assume, with Facebook likely to keep Instant Articles as an exclusive ad product for publishers initially, but the potential is there.

However, given that Instant Articles means users no longer have to go off-site to view articles, what would that mean for a brand´s ability to get customers to its website anyway?

Maybe brands are best off keeping their distance for the time being, then…

How do you interpret Instant Articles from a marketer´s perspective? Or is it simply pretty irrelevant in the grand scheme of things?