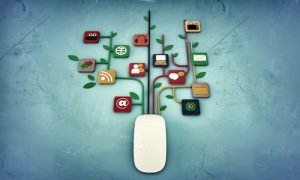 Do you know anyone who has never used the Internet?

I was reading new data on the train today published by The UK Office of National Statistics (ONS). The study showed that age is a primary factor in determining the population´s Internet usage.

According to figures for the second quarter of 2013, two-thirds of Britons aged 75 and above, or 3.2 million people, have never used the Internet. By contrast, 99% of all adults aged between 16 and 24 have.

The data shows that 86% of adults aged 16 and above, or 43.6 million people, are Internet users, with the remaining 14%, or 7.1 million, being non-users. Consequently, elderly non-users account for a surprising 45% of the 7.1 million adult non-users, ONS said.

In terms of sex, 88% of men, or 21.9 million, and 84% of women, or 21.8 million, have used the Internet. Compared to the second quarter of last year, male Internet users have increased by 1.4%, whereas female users went up by 1.8%. The figures also reveal that some 33% of disabled adults have never used the web. They represent 54% of the 7.1 million adult non-users.

Internet usage also differs geographically. The regions with the highest proportion of Internet users are London and the South East (89%), whereas Northern Ireland has the lowest percentage (79%).

Since the launch of the survey in the first quarter of 2011, the number of Internet users has grown by 2.9 million people, or 7%, from 40.8 million, ONS added.

These statistics show the ever-growing nature of the online world. It is more important than ever for businesses to get noticed in order to stay on top of their game. We at M2 Bespoke understand the impact of the Internet for businesses; using our online content generation services can really help you keep up with the fast-paced world of the web. We provide a variety of sectors with fresh, relevant and engaging content to use on your website and social media. Not only will this attract new customers, it will engage existing clients, as well as boosting SEO. Call us today to learn more about our services.