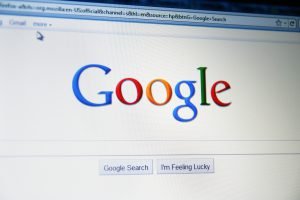 I read today that Google Search is launching a new feature, allowing users of desktop, tablet and smartphone devices to instantly find useful information within their own Gmail, Google Calendar or Google+ accounts… without having to type in their searches.

The service will save time and make it easier for users to retrieve personal information such as their flight number or status, the arrival of their package, their dinner and hotel reservations, and directions, Roy Livne, product manager for Google Search, said on the official Google blog. Users can ask questions like: “Is my flight on time?” and “What are my plans for tomorrow?”

Through voice search, users can also find specific images they have in their Google+ accounts by making a verbal query like: “Show me my photos from Thailand”.

Google has provided a similar service to mobile users via Google Now which has been going for more than a year, and has received very good feedback. It has now included it in Google Search, Livne said, adding that capabilities and content of the voice search would most probably be enhanced over time.

It important to note that this information can be viewed only when users are signed into their Google accounts.

The introduction of this new feature is another example of how Google is constantly keeping ahead of its game – transforming itself into a ´personal assistant´ with which users can interact.

What are your views on this new feature?