Brands often fret that their product is not “sexy” enough to take residence on Instagram.

However, businesses prove time after time that there are opportunities on the image-orientated social network for “bland” products. And with Instagram recently surpassing Twitter for monthly active users, now is the time for brands to use the platform to tell their story visually. 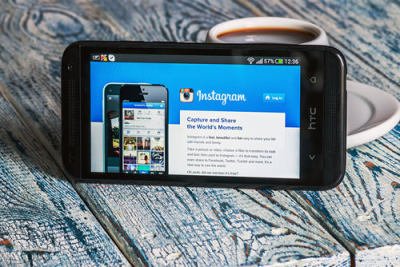 Web users have as great an appetite for visual content as they do written content these days – as testified by the 300 million people and groups documenting their lives on Instagram; which continues to evade the negative comments that are sometimes levelled at its counterparts Facebook and Twitter.

As such, there appears to be a pretty weak argument against pushing branded content onto the platform. So, then, let´s take a look at a few of the ways brands can do that, with tips courtesy of Econsultancy.

We’re a snap happy lot, so chances are there´s people out there uploading pictures to Instagram that align with your product and/or principles. Reshare it.

Put yourself out there

Don´t be shy, put your content underneath the noses of your audience. The best way to do this is to collaborate with an influential Instagrammer who is respected by your target audience – rather than simply throwing your pictures at them directly.

Instagram engagement is 15 times stronger than that of Facebook, according to L2 research. Therefore, look for ways in which you can exploit the amount of time people are spending uploading to the platform. Giving something away in return for engagement rarely fails to hit the mark.

Go behind the scenes

Everybody loves being privy to something that isn´t in the public domain. Satisfy their inquisitiveness with images of goings on; whether that be an amusing shot from the office, or a sneak preview of a new product. Build the image you want for your brand.

Instagram has a genuine feel, so make the most of it and post an image of your product into the visual community safe in the knowledge that it won´t be interpreted as a press release.

What other ways can you be creative with branded content on Instagram? Are there genuinely some brands that just aren´t built for the platform?