4 Lessons The Super Bowl Taught Us About Content Marketing 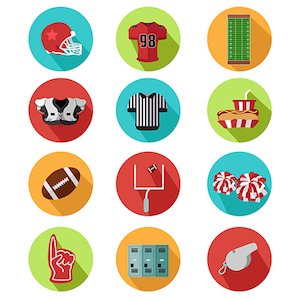 While the international viewing figures can be tough to tabulate, an article published last year by Reuters estimated that the 2014 broadcast was watched by an estimated 160 million viewers worldwide. True, the figures might not quite equate to the astounding 900 million mark that the 2014 FIFA World Cup generated, but considering the latter only occurs once every four years compared to the super bowl’s annual showing, the numbers are not too shabby as I’m sure you’ll agree.

When it comes to this kind of exposure, it’s hardly surprising that brands spend copious amounts of time and money to ensure their commercial stands out from the crowd, grabs the attention of the audience and gets everyone talking for all the right reasons.

So, what kind of lessons did this year’s super bowl commercials teach us about content marketing? Here are a few highlights:

1. Building credibility is just as important as the sell

A smart marketer understands that each piece of content is just one play in the long game of an overall campaign – a game in which brand credibility is of the utmost importance. Each piece of content, just as each commercial, serves as a piece in the puzzle to gradually build a picture of authority, establishing trust with readers and viewers alike – a strategy which has become so much more effective than the direct sell. Take SunTrust, for example – newcomers to this year’s super bowl commercial crop, their ads focused on the single empowering message to take control of your finances with no focus on a particular product. Instead, the emphasis is on building credibility as the brand name that can help you achieve this.

The super bowl commercials traditionally go strong on humour – it’s one of the most effective ways to grab and hold peoples’ attention instead of letting them slip through your fingers and head off to grab another beer from the fridge. This year Hyundai’s comical ad topped the charts of USA Today’s Ad Meter by tickling funny bones with comedian Kevin Hart keeping tabs on his daughter and her date with the car’s new tracking device. If you can add humour to your content marketing campaign then don’t hesitate – this is the stuff that viral content is made of.

Clear and concise is a winning formula in content marketing – if your campaign’s message is getting lost then you might do well to refine and reconsider your strategy. Take inspiration from the serious side of the super bowl ads. The short public service announcement, run by No More, offered a powerful directive regarding domestic violence that proved smart, sharp and succinct content delivers a more effective message than content adorned with bells and whistles that simply don’t get to the point.

The above is a lesson that Quicken Loans might wish they had paid more attention to after the backlash their super bowl ad received. The offending commercial, delivering the message that loans for all manner of household conveniences as well as mortgages can be yours at the touch of a button, did not settle well with a global audience which has learned some hard financial lessons over the past ten years. Ensure you know your audience inside out when it comes to your content marketing campaign and ensure you meet their needs and earn their trust instead of just going in for the sell. The modern consumer can smell this a mile off and they just don’t buy it.

Ultimately, the super bowl commercials serve to demonstrate that well-planned and well-executed content always pays off and vice versa. If you could do with a little assistance in ensuring your content is hitting the mark, contact our content specialists at M2 Bespoke to find out what we can do for you.